In 1978, Mrs Maria Dante opened her first shop selling fresh egg pasta in Castel del Piano, in the province of Grosseto. It was located on Corso Nasini and had a workshop attached.
At this store, she made and sold traditional products such as tortelli stuffed with ricotta and spinach, meat tortellini, potato gnocchi, tagliatelle and pici. She later began collaborating with her sons, who sold her products to grocery stores in the area.

In 1983, Mrs Dante opened a small, 700 square metre workshop in Castel del Piano, where her products were frozen and packaged for the first time, in order to be sold to large supermarket chains such as Coop and others, both in Tuscany and in Umbria.

In 1998, the shop in Castel del Piano moved to a more central, busy area of the town, where it acquired more visibility.
Thanks to this insightful move, there was a noticeable increase in sales that allowed the shop to expand its range of typical local products to include delicacies such as: Pienza cheeses, Villa Banfi wine, honey, artisanal sweets and typical rotisserie foods.

The conditions for a large commercial investment were met in 2006, and the new company “Pasta Dante Srl” was established, with its new headquarters in Maremma, closer to Grosseto.
As this new location was closer to Italy’s major roads, the company was able to further
expand its product range and sales network from North to South Italy, and it also began to grow at an international level. 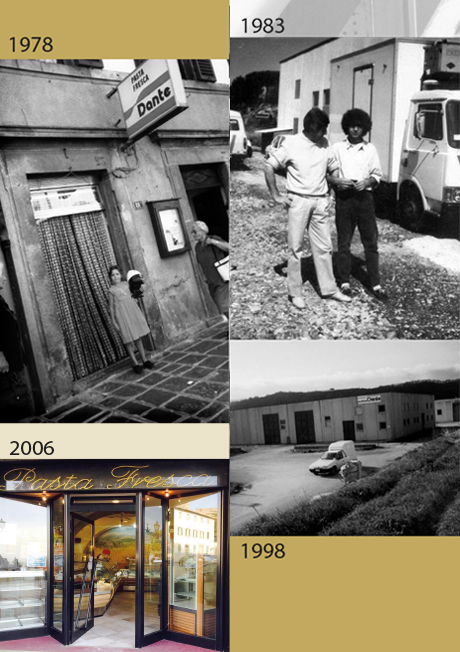 Pasta Dante is located in the heart of Tuscany, is specialised in the industrial production of frozen fresh pasta and has always been attentive to consumers’ needs in terms of quality and taste. This combination of quality and taste resulted in the creation of traditional and genuine products, making Pasta Dante one of the best-known production companies in the Maremma area at present.

The Dante pasta factory offers a wide range of traditional, stuffed and egg pasta types (tagliatelle, tortelli, cannelloni, tortellini, gnocchi, etc.), all of which strictly adhere to the traditional Tuscan recipes. By focusing on quality and tradition and using specialised industrial machines for making pasta, the Dante pasta factory has increased its production across the local and national territory.

In doing so, the company has managed to acquire various types of loyal consumers, including canteens, restaurants, grocery stores and large retailers, offering both seafood and meat specialties. In fact, the meticulous and careful choice of ingredients makes Dante’s pasta simple in its composition but rich in flavor.

Pasta Dante gives you the chance to great moments in good company in no time at all, as the product does not require thawing before being cooked. In fact, as products are frozen, they are simply placed in boiling water or in the oven, as appropriate. 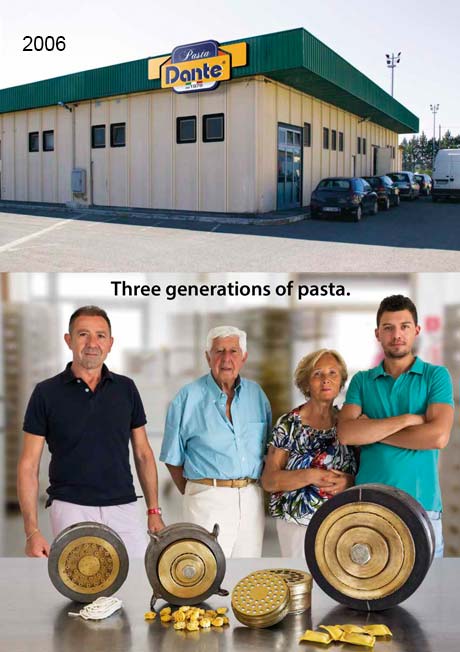